This project is a 256,000 SF pipe manufacturing facility. The building features include 65-foot hook heights on five each, 150-ton bridge cranes. There are also four each, 30-ton bridge cranes, and five each, 10-ton bridge cranes. The MEP systems are design-build and the project was a fast-track delivery. Scope elements are designed and bought according to the critical path schedule. Design/build MEP was bought first in order to keep the overall design and procurement moving. The pre-engineered metal building was bought next due to its lead time and impact on the foundation design. Overhead bridge cranes were bought concurrently with the metal building for the same reasons. Earthwork and rail were bought next in order to mobilize and get the project started. Concrete was purchased while we were executing the earthwork. This approach was dictated by the Owner's schedule needs. Although nine months were allowed for the construction duration, the owner needed to deliver and install manufacturing equipment five months after breaking ground. The owner's manufacturing equipment was delivered and installed while the rest of the building construction was completed. 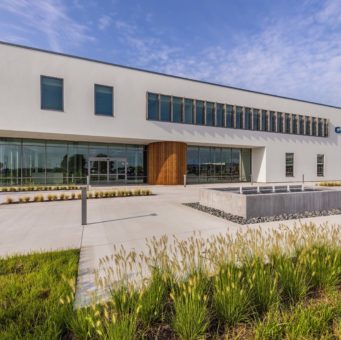 The Grundfos HQ project consists of a 50,000 SF office and administrative building and a 4,000 SF technical building.

Hines The Square is a single story co-working space for Hines. 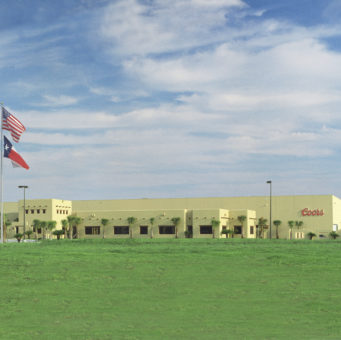